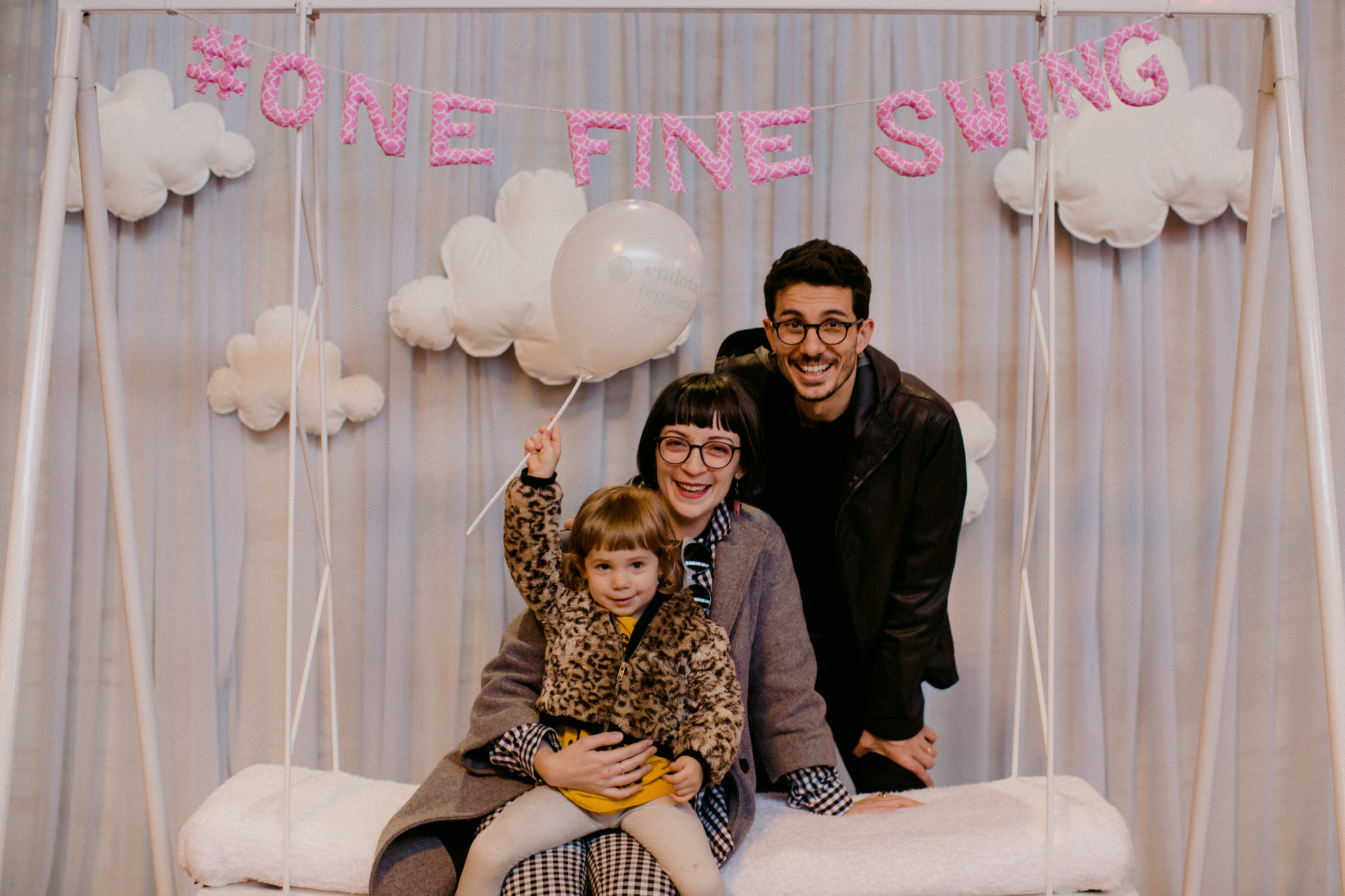 Swinging from Theory to Practice – a Student’s Tale

AS THE OLD SAYING GOES, the concept of theory is splendid, but until you put it into practice, it is valueless. For students at the College of Event Management, any opportunity to apply knowledge and exert and enhance it within industry is welcomed (and relished!) with great gusto.

Premium lifestyle purveyors One Fine Collective approached the Sydney and Melbourne campus students with a brief; outline a creative activation concept for their impending exhibition, One Fine Baby. The objective was to encourage attending families to engage the event’s social media platforms–Facebook and Instagram–in a unique and clever manner.

Never shy of reigniting the age-old competition between Sydney and Melbourne, the students were grouped and pitted against the others to pitch their ideas. The winning concept would eventually be delivered by the Melbourne students at the heritage listed Royal Exhibition Building.

LESSON #1: Get to know your client

A total of five pitches were submitted and reviewed by the Collective. After careful deliberation, a Sydney team’s idea prevailed. Thus, the One Fine Swing was to be produced; a heavenly elevated platform set against a backdrop of blue and white pit balls to represent the sky. To attract attendees, a neon sign with the hashtag #OneFineSwing was to suspend from the wall. Students were to take photographs of the families interacting with the scene.

Reminiscence of childhood memories were central to the One Fine Swing’s win. Indeed, the life stage of growing up evokes happiness and purity, qualities very much aligned with the Collective’s identity as a chic, boutique agency. Whilst these attributes were not to be compromised, the manner in which the Melbourne students planned, installed, and executed the idea was highly innovative.

THE COEM TEAM READY FOR BUMP-IN

LESSON #2: Break the tasks down to tackle the brief

The timing of this production could not have been more perfect as it coincided with our Project Management subject. Whilst the whole task at hand seemed overwhelming at times, we split the class into the following departments, namely Finance, Operations & Logistics, and Design; a move which proved most effective and efficient. As the project progressed, we saw each other more as colleagues and less like schoolmates, and the classroom resembled a simulated working, albeit chaotic office (just like in the real world!).

LESSON #3: Use your resources

Reconciling the imaginative qualities of the brief with the reality of resources naturally brought into question many aspects regarding safety, budgets, and procurement. Did we have time to construct a backdrop made of toy balls? Were we to build a swing from scratch? What were the safety concerns for the children in attendance?

As a professional collaborator herself, Karen Thomson, our College Learning Facilitator brought in the likes of event producers and notable creative freelancers to consult and guide us in our journey. Once realising it was a matter of interpreting the brief did we allow our creative juices to flow and take form. Surely sacrificing some initial design elements did not jeopardise the overall objective, so finding economically viable alternatives seemed relatively easier.

LESSON #4: Set goals and charge through

Once the budget was finalised, Operations & Logistics secured the procurement of a white swing set from a local hiring supplier, specifically used as a display feature and can have people be seated on it, but not swing from it. Immediately this calmed some of our initial safety concerns, and we tailored a risk management plan by placing emphasis on the protection of little ones.

To give the illusion of the swing in the sky, the client communicated that they themselves were to supply a tall, wooden backdrop for us if we acquired suitable blue draping as its cover. The Creative team henceforth scheduled a trip to Spotlight.

In the process the original neon signage was scrapped and in its place we scoured our dear friend, the Internet, to find a nearby trader specialising in cloth custom letters and designs. The sky illusion was further cemented with our order of six clouds to be hung against the drapes, and the hashtag #onefineswing made in cloth was to be suspended from the frame of swing. Although homemade, these creative components gave the whole activation an incredibly bespoke look – again mirroring the client’s identity.

Employing the use of Microsoft Teams as the tool to record, store and access all relevant documentation – such as site plans, event budget, schedules and run sheets, renders, supplier details, contractor requirements and meeting minutes, just to name a few – was instrumental in our communication. At any given time all team members could update and add to it, checking off the tasks before the big delivery day!

TROUBLE-SHOOTING IS REGULARLY THE JOB OF AN EVENT MANAGER

As the designated team leader, it dawned on me that my responsibilities were to not only liaise with the client and troubleshoot any issues, but ensure that the morale of the group was high during bump-in, the live activation, and bump-out. Creative differences and conflicting emotions were peaking and in this environment everyone’s safety is of the utmost importance. Taking a breather and calling a team meeting on the floor was, in my view, a more down-to-earth approach to check in with everyone.

Once resolved, the activation was received with tremendous enthusiasm and we saw the fruits of our labour come into full force after designing and creating the space which evoked those same cherished memories of childhood for another generation. If there’s one thing CoEM students have learned, it’s that event managers are great collaborators and by harnessing clear communication, it’s one step closer to the achieving the desirable outcomes. Greater still: swinging theory into practice has value when there’s purpose.

Attendees posing for a photo on One Fine Swing

Graduates from College of Event Management are job-ready! If you’re wanting to find out more about a career in event management there’s plenty of information on our website about our specialised event courses. Any of our course advisors will be more than happy to chat to you on 02 9280 4912 or you can contact us HERE 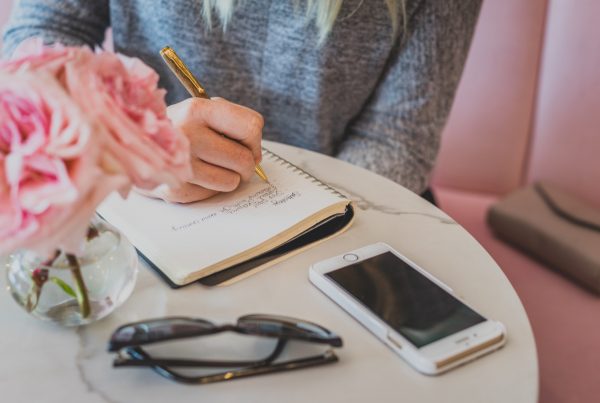 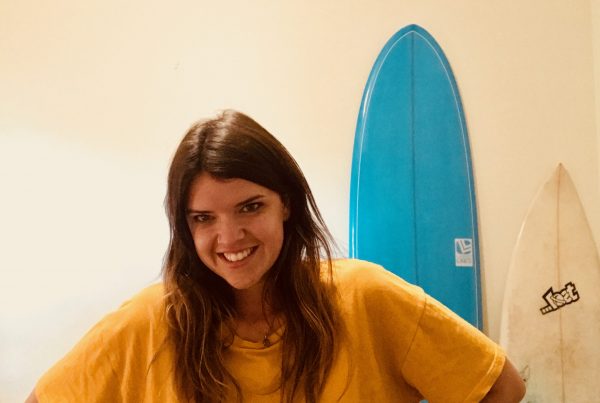 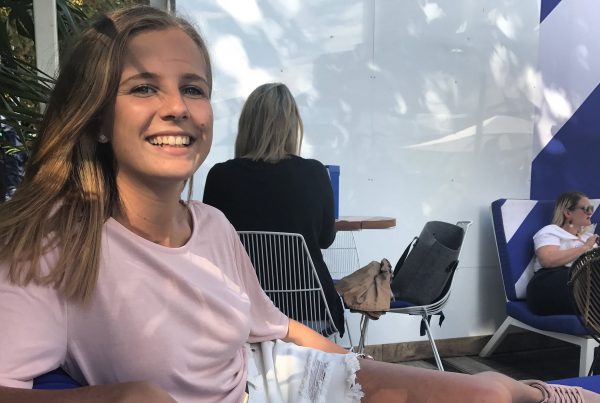